In this update, we've got an exciting new feature that we hope you won't notice at all at first 😉
We've re-built the way Mail Designer 365 gets Design Ideas. They are now loaded on-demand from my.maildesigner365.com. This means that app downloads & updates are up to 60% smaller and that we no longer need to ship an entire app update to update a single Design Idea.
Going forward, this also means we can ship new Design Ideas more quickly and make changes for compatibility purposes more easily.

What does this mean for you? 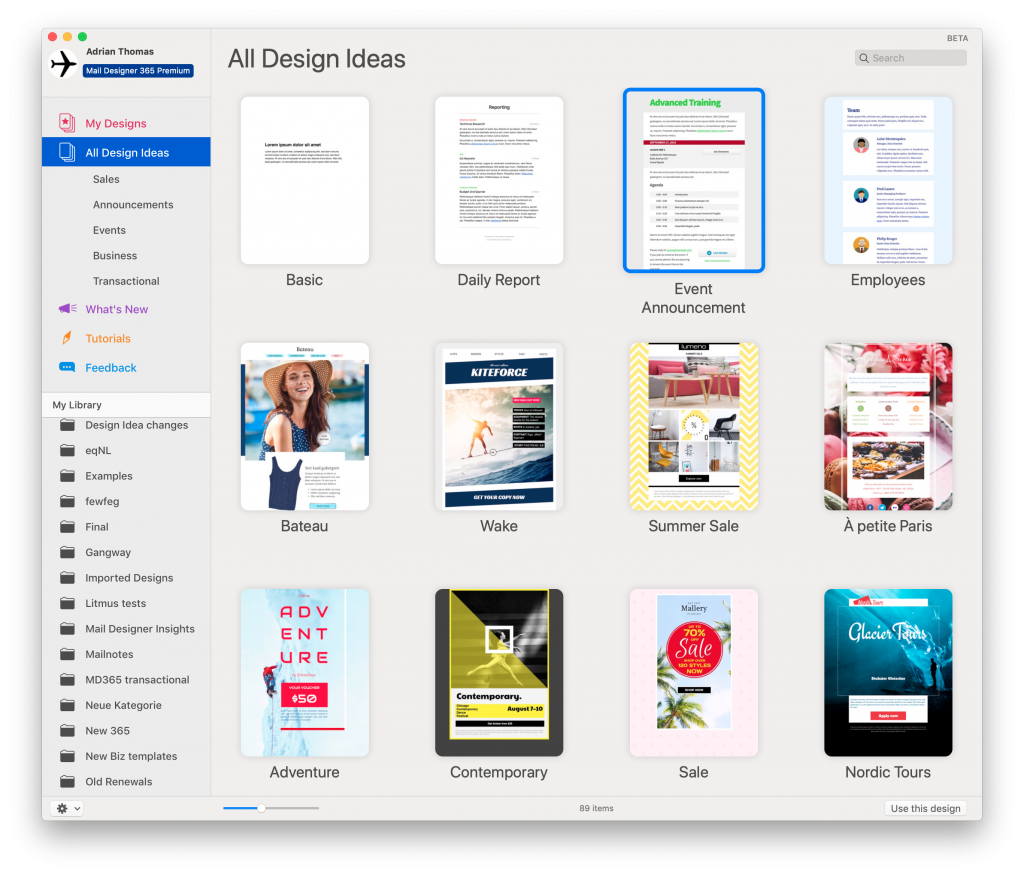 The first time you launch the new version, Mail Designer will automatically fetch the Design Ideas in the background. From then on, all Design Idea updates will be per-design, and not part of the main app download.

We've also made a number of other improvements and bugfixes, including:

We're also testing out more direct community feedback: You can suggest and upvote features in the new "Feedback" section in the sidebar. No sign-up necessary, you just use your existing Mail Designer 365 account. We'd love to see more ideas being shared or feedback on some of the items we'll be adding – let us know what you think!
Thanks,
Your Mail Designer 365 Team