Hey Mail Designers, we’re back with another mini update for you to guarantee better app performance. Mail Designer 365 version 1.8.5 fixes some minor issues which have recently been reported in the app.

We have carried out the following fixes and improvements for you…

If you have any feedback regarding the latest update, or want to share any of your ideas or feature requests with us for the next update, you can do this via the Feedback tab in the left hand menu on the start page: 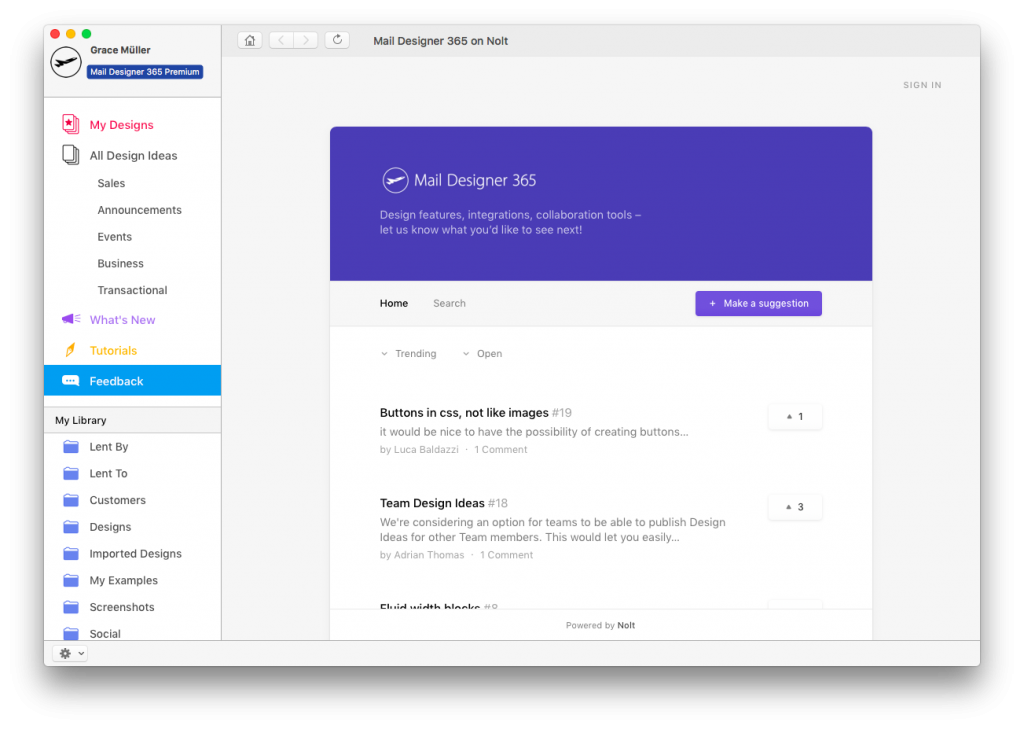